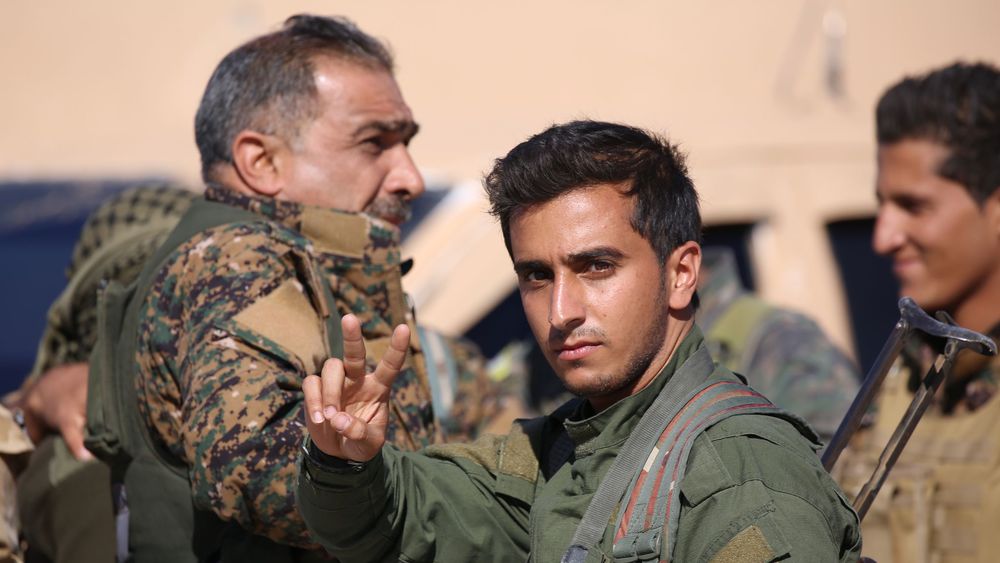 The leader of the Kurds, Washington-backed Syrian Democratic Forces (SDF) on Friday (July 15) urged Moscow and Tehran to prevent Ankara from launching another attack in northern Syria, days before a Turkish-Russian summit -Iranian on this country at war.

The Turkish army has been deployed since 2016 in northern Syria, around Afrin and in the Idlib region, one of the last pockets beyond the control of Bashar al-Assad’s regime. Between 2016 and 2019, Turkey launched, with the help of Syrian auxiliaries, three major operations in these regions bordering its border with the aim of driving out the Kurdish fighters whom it describes as “terrorists”. And since the end of May, Turkish President Recep Tayyip Erdogan has repeatedly threatened to carry out a new military operation in northern Syria targeting the Kurds.

“We hope that (these attacks) will not happen again and that the Kurds (…) will not be left behind in the negotiations between the great powers”, declared the commander-in-chief of the SDF, Mazloum Abdi, during the meeting. a press conference in Hassaké, an area in northeast Syria in Kurdish hands. “After recent discussions with Russia with the aim of protecting these regions, we have agreed to allow more Syrian soldiers to enter Kobani and Manbij (majority Kurdish towns in the north, editor’s note) in addition to the troops already present. at the border,” added Mazloum Abdi without further details.

“We are convinced that Russia and Iran will not accept Turkey’s demands” at the summit scheduled for Tuesday in Tehran, he said.

This summit must bring together Russian President Vladimir Putin with his Iranian counterparts, Ebrahim Raïssi, and Turkish Recep Tayyip Erdogan. The three leaders will discuss the Syrian file and will include Russian-Turkish bilateral talks. Russia, Turkey and Iran are three major players in the conflict that has ravaged Syria since 2011. In 2017, they launched the so-called Astana process, which officially aimed to bring peace to this country.