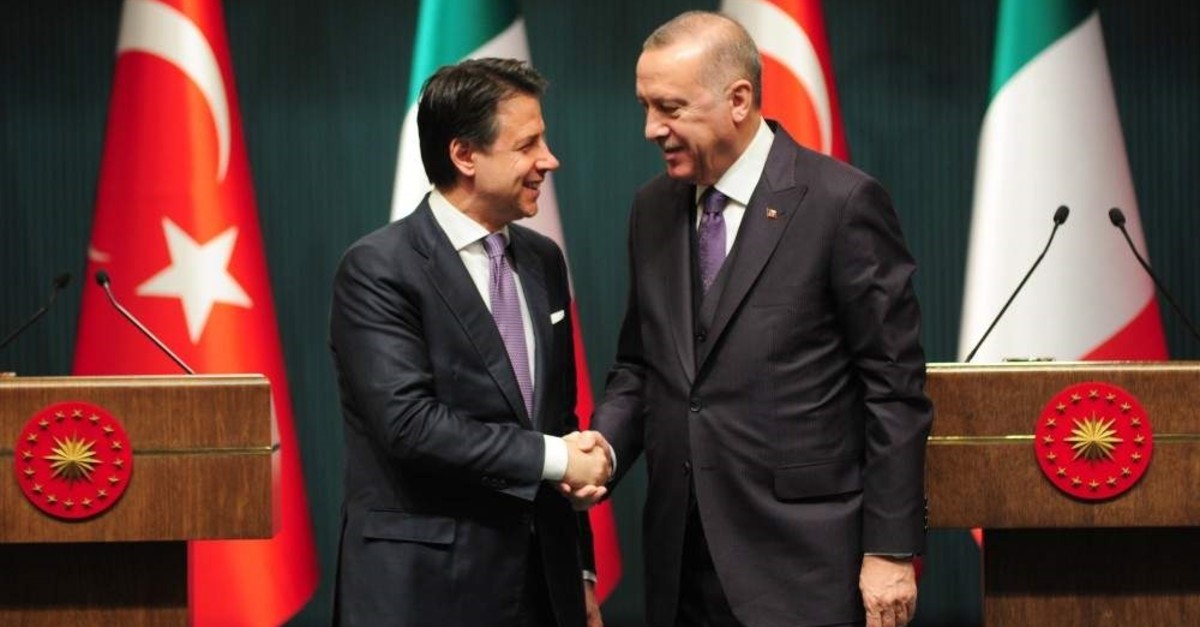 Mario Draghi (Italy) reconciles with Recep Tayyip Erdogan (Turkey). A little over a year ago, the President of the Italian Council called him a “dictator” plunging bilateral relations between the two countries to their lowest level.

On a state visit to Ankara on Tuesday, Mario Draghi, accompanied by his Ministers of Foreign Affairs, Luigi Di Maio, of Energy, Roberto Cingolani, and of Economic Development, Giancarlo Giorgetti, hailed the “clear common will to strengthen the collaboration: Italy and Turkey are partners, allied friends”. A realpolitik dictated by the current conflict in Ukraine, but above all by Joe Biden. Receiving Mario Draghi at the White House last May, the American president had urged him to warm up relations with one of the most important members of NATO.

There is no shortage of hot issues. Those energetic first. The Trans Adriatic Pipeline, which has just entered into service, transports gas from Azerbaijan to Europe and will enable the Old Continent to strengthen its energy security with the influx of 10 billion cubic meters of gas per year. Then military matters. Turkey is NATO’s top export partner for the Italian defense industry.

Rome also needs Ankara to help stabilize Libya and manage migratory flows. Last year, the number of irregular migrants arriving in the peninsula via Turkey more than tripled. The Turkish President spoke of continued cooperation in this area. Migration management “must be humane and efficient”, retorted Mario Draghi who recalled that “Italy’s doors are open, but the country has reached its limit”.

The Ukrainian conflict at the heart of the discussions
Turkey is a guarantor of the stability of the European continent on several fronts. Starting with the military one that is bloodying the eastern flank of the European Union. “Italy and Turkey are on the front line for a stable and lasting peace in Ukraine” and are united “in condemning the Russian invasion and supporting kyiv”, declared Mario Draghi.

He thus praises the efforts displayed by Recep Tayyip Erdogan in particular to promote the export of cereals and fertilizers blocked in Ukrainian ports. He is working for the signing within ten days of an agreement under the aegis of the UN thanks to Turkish mediation to avert a serious food crisis in the poorest countries.

Nine trade agreements
The last Italian-Turkish summit dates back to 2012. In a decade, “Turkey has become Italy’s leading trading partner in the Middle East and North Africa,” said Mario Draghi, who was accompanied by most important ministers of his government. In 2021, trade between the two countries amounted to almost 20 billion euros, up 23.6% in one year.

Nine agreements have been signed to strengthen ties between defense industries, SMEs/SMIs as well as in the scientific research and sustainable development sectors. This did not prevent Mario Draghi from reminding Recep Tayyip Erdogan “the importance of respect for human rights” encouraging him to “join the Istanbul convention against violence against women”, left in 2021.